The incidence of metastatic prostate cancer increased by >70% from 2004 to 2013, including >90% in the age-group most likely to benefit from definitive treatment, according to a new analysis of a national database (Weiner AB, et al. Prostate Cancer Prostatic Dis. 2016;19:395-397).

From 2007 to 2013, the incidence of metastatic prostate cancer increased by 7.1% annually, resulting in a cumulative increase of 72% compared with 2004. The largest cumulative increase (92%) occurred in men aged 55 to 69 years, the age-group most likely to benefit from active therapy.

The same analyses of epidemiologic trends in men with low-risk prostate cancer showed annual decreases of 9.3% from 2007 to 2013, resulting in an overall decline of 37% compared with 2004, according to Adam B. Weiner, MD, a urology resident at Northwestern University Feinberg School of Medicine, Chicago, IL, and colleagues.

“Beginning in 2007, the incidence of metastatic prostate cancer has increased especially among men in the age group thought most likely to benefit from definitive treatment for prostate cancer. These data highlight the continued need for nationwide refinements in prostate cancer screening and treatment,” the researchers observed.

Prostate-specific antigen (PSA) screening practices have changed substantially in the past decade in response to clinical trial data and recommendations against routine screening issued by the United States Preventive Services Task Force (USPSTF) in 2008 and 2012. Collectively, these factors have contributed to lower rates of prostate cancer screening with PSA and to declining overall rates of prostate cancer.

To address this issue, Dr Weiner and colleagues queried the National Cancer Database (NCDB) to identify all cases of prostate cancer reported by 1089 participating NCDB hospitals from 2004 through 2013.

“The fact that men in 2013 who presented with metastatic disease had much higher PSAs than similar men in 2004 hints that more aggressive disease is on the rise,” Dr Schaeffer said in the press release.

The researchers further examined trends in metastatic prostate cancer by age at diagnosis–patients aged <55 years, 55 to 69 years, and ≥70 years. A preliminary “best fit” analysis showed that the incidence rate of metastatic disease increased in all 3 age-groups.

A “second linear fit” analysis showed an annual percentage change averaging 9.3% from 2007 to 2013 in men aged 55 to 69 years, resulting in a significant increase of 92% from 2004 (P <.05). The secondary analysis showed that the incidence of metastatic disease did not change significantly in the other age-groups.

“These findings cannot be explained completely by reactions to the USPSTF recommendations alone, as increases in metastatic prostate cancer began in the years before its release,” the researchers observed.

“One hypothesis is the disease has become more aggressive, regardless of the change in screening. The other idea is since screening guidelines have become more lax, when men do get diagnosed, it’s at a more advanced stage of disease. Probably both are true. We don’t know for sure but this is the focus of our current work,” said Dr Schaeffer in the press release.

Improvements in prostate cancer screening and treatment are needed, especially because the number of individuals aged >65 years in the United States will exceed 80 million by 2050, which will put a financial strain on the healthcare system, noted Dr Weiner and colleagues. 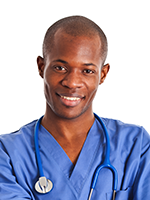 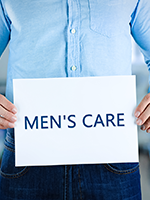 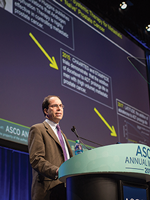 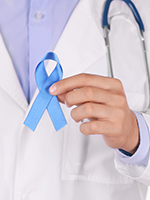