FDA Approves Rinvoq for the Treatment of RA Refractory to Methotrexate

On August 16, 2019, the FDA approved upadacitinib (Rinvoq, AbbVie), a Janus kinase inhibitor, for the treatment of adult patients with moderate-to-severe active rheumatoid arthritis (RA) who have had an inadequate response or intolerance to methotrexate.

The approval of upadacitinib was based on data from 5 phase 3 clinical trials in the SELECT program, one of the largest registrational phase 3 programs in RA, which included approximately 4400 patients with moderate-to-severe active RA. These trials assessed the efficacy, safety, and tolerability of upadacitinib across a broad spectrum of patients, including those who were naïve to, or had an inadequate response to, methotrexate and those who were unresponsive or intolerant to biologic disease-modifying antirheumatic drugs (DMARDs). According to a press release from AbbVie, all primary and ranked secondary end points across all 5 SELECT phase 3 studies were met.

In the SELECT-EARLY clinical trial, at week 12, 52% of methotrexate-naïve patients with RA who received upadacitinib had experienced an improvement of ≥20% in the American College of Rheumatology (ACR20) criteria versus 28% of those who received methotrexate.

In the SELECT-MONOTHERAPY clinical trial, at week 14, 68% of patients with an inadequate response to methotrexate who received upadacitinib had achieved ACR20 versus 41% of those who continued on methotrexate.

In the SELECT-NEXT clinical trial, at week 12, 64% of patients with an inadequate response to conventional synthetic DMARDs (csDMARDs) who received upadacitinib plus csDMARDs had achieved ACR20 versus 36% of those who received placebo plus csDMARDs.

In the SELECT-BEYOND clinical trial, at week 12, 65% of patients with an inadequate response to biologics who received upadacitinib plus csDMARDs had achieved ACR20 versus 28% of those who received placebo plus csDMARDs.

“Despite the availability of multiple treatment options with varying mechanisms of action, many patients still do not achieve clinical remission or low disease activity—the primary treatment goals for rheumatoid arthritis,” noted Roy M. Fleischmann, MD, Primary Investigator, SELECT-COMPARE, and Clinical Professor, The University of Texas Southwestern Medical Center, Dallas, in the press release from AbbVie. “With this FDA approval, Rinvoq has the potential to help additional people living with RA achieve remission who have not yet reached this goal,” he added.

Adverse reactions associated with the use of upadacitinib include, but are not limited to, upper respiratory tract infections, nausea, cough, and fever. The drug’s prescribing information also includes a black box warning for thrombosis, infection, and malignancy. 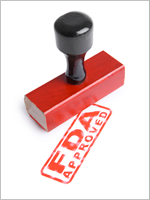